We store cookies on your computer so we can recognise you when you return. By continuing to use this site, we assume you accept these cookies.

How to Respond to Customer Feedback

We work with hundreds of organisations all around the world on using feedback to improve their customer experience. From people who are just getting started, to innovators who are pushing boundaries in using feedback to increase employee happiness and drive up revenue; we see and hear a lot of different perspectives.

One thing which consistently separates the people who are at the early stage of their feedback journey from those who are approaching Jedi Master status is how they deal with responding to customer feedback.

Although customer feedback is a good thing, you cannot deal with every response to satisfaction surveys

This lie sounds completely reasonable because all the most convincing deceptions have their roots in truth. And it is true that dealing with every response takes more effort than ignoring them; or putting them all in a spreadsheet and using them to draw a graph.

But, time and time again, we see one crucial difference between businesses who are turning feedback into measurable profit increases, and those who aren’t: dealing with feedback.

So let us help you get there. We’ll look at why people believe this lie so passionately, and then show why it’s a lie. And then, we’ll share some strategies to help you get your organisation dealing with every piece of feedback you receive.

The easy way out

So often in life, it’s easiest to take the path of least resistance. To stay in bed rather than go out for a run on a cool winter’s morning. To order-in pizza rather than cook a meal.

To completely ignore customer feedback, rather than respond to it.

And that’s one of the main reasons that many organisations are intimidated by the suggestion that they should respond to feedback. The familiar voices in their head tell them that that taking the easy option is just as good as the alternative.

But whilst the voices in our head are a powerful influence, they’re not always reliable advisors. If you want to get a flavour for the many many different tricks our minds play on us, Wikipedia has a whole list for you.

To defeat your enemy, you must first understand them, so let’s look at the ways we deceive ourselves into believing that ignoring customer feedback is a good idea.

“But people often avoid information that could help them to make better decisions if they think the information might be painful to receive. Bad teachers, for example, could benefit from feedback from students, but are much less likely to pore over teaching ratings than skilled teachers,” Carnegie Mellon University

If there’s bad news in the bank, doctor’s surgery, or your customer feedback, it’s still there whether you look at it or not. If your customers are angry at you, they’re angry, whether you reply to them or not. It won’t go away just because you don’t look at it.

But, if you summon up the courage to look at your feedback, and the greater courage to actually start replying, magic happens.

The good news is, that most of the feedback you’ll receive will be overwhelmingly positive. We crunched the numbers on our database of millions of feedback scores, and this is what we found: 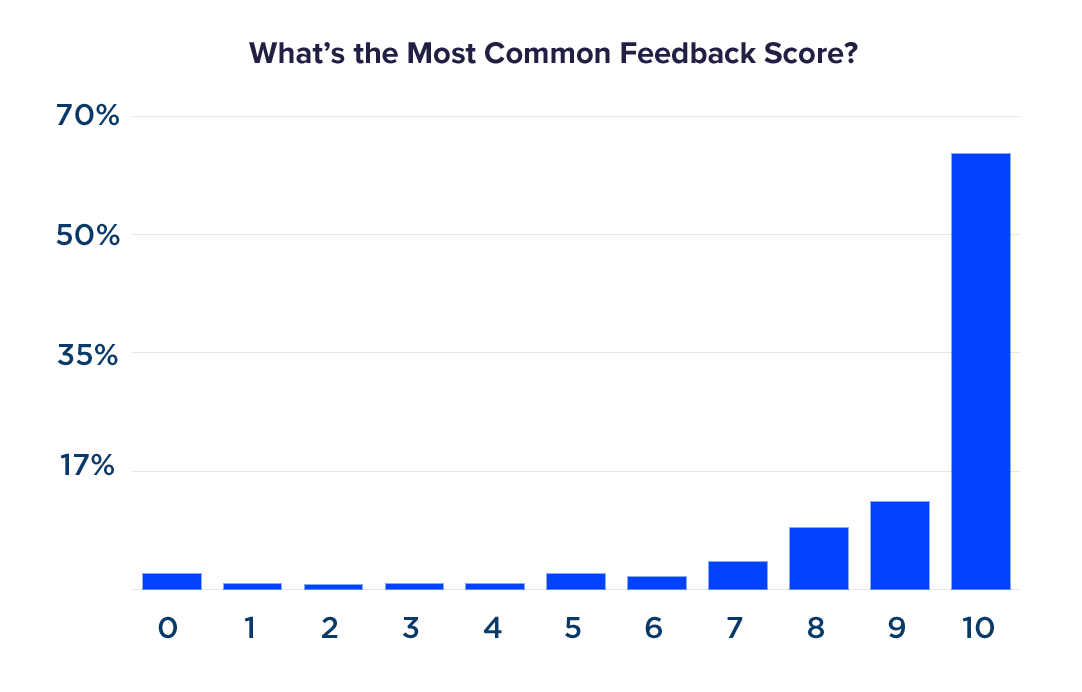 The feedback that people are ducking? Most of it is good news.

Imagine you go see a movie which costs $10 for a ticket. When you open your wallet or purse you realize you’ve lost a $10 bill. Would you still buy a ticket? You probably would.

Only 12 percent of subjects said they wouldn’t. Now, imagine you go to see the movie and pay $10 for a ticket, but right before you hand it over to get inside you realize you’ve lost it. Would you go back and buy another ticket? Maybe, but it would hurt a lot more. You Are Not So Smart

This is the ‘sunk cost fallacy’. Once you’ve spent time or money on something, it becomes terribly difficult to leave that thing behind – even if carrying on with it is a terrible idea.

The sunk cost fallacy can work hand-in-hand with information avoidance to push you away from reading customer feedback. You’ve already spent so much time and money on putting procedures in place, and training your staff – what if your customer feedback shows you’ll have to throw out that investment and start again?

It’s seductive to just ignore the feedback and not face up to the fact that you may have to rethink things. But if things need re-thinking, burying your head in the sand won’t help that.

Where does the other road lead? How long will it take? Is it dangerous? What we don’t know tends to scare us, and change creates a lot of things we don’t know. As a result, we tend to act pretty irrationally to try and prevent change, often without realizing it, and make our lives unnecessarily problematic. Lifehacker

Fear of change is linked with the previous two points, but stands alone as one of the greatest tricks your mind can play on you.

No matter how great the ‘new thing’ on offer, most people’s minds are very change resistant, and will throw up many, many barriers to avoid having to deal with change.

In short – change is hard work, so our brains throw down massive mental anchors to ensure we avoid it as much as possible.

So, your mind can play tricks that keep you from taking advantage of opportunities.

But the opportunity in replying to feedback is massive.

CustomerSure is all about using feedback to effect real change in your organisation – change which leads to a happier team, and a measurable increase to your bottom line.

You can follow every other piece of advice in our guides, but if you’re not replying to feedback, you’re missing out on some of the biggest benefits. In fact, you could be undermining everything all your other good work. Think about it – what’s more annoying to you, as a customer? Not being asked, or being asked, taking time to give your views, and then being ignored?

Your customers have spent a lot of time coming to a buying decision. They’ve read and absorbed your marketing messages and compared your price, and decided that you’re the business for them. They don’t want to switch to your competitors. That would take time and energy that they could better spend taking long walks on the beach (or doing their day job, whatever suits). But if they’re telling you about problems and you’re not responding, they will summon up the energy to switch.

When you demonstrate that you’re listening, and responding to any problems they’ve had, you give people no reason to spend energy looking at your competitors. Why would they? When things go well, they go well. When things go badly, you put them right. They’re in a win/win situation.

It’s not enough to automatically analyze feedback, spot trends, make lists of ‘areas for improvement’, and deploy new initiatives 18 months after the feedback was given. The customers who gave the feedback have already left, and can’t be brought back without a significant sales and marketing investment.

How to get started

CustomerSure began, when our founder, Guy Letts took up a new position with responsibility for customer service at one of the UK’s largest software firms.

He (literally) blew the dust off two years’ worth of annual satisfaction surveys. In them he discovered hundreds of opportunities that had been missed to retain exasperated customers, and cursed at how unnecessarily difficult his new job had became.

“To be a customer of a company that made sure I was completely happy every time I dealt with them? And if I wasn’t happy, for some reason, then it would be fixed straight away? Not by asking me once a year and averaging my views with those of everyone else, but by taking the trouble to check that I’m happy with the service I’ve just received.”

It would mean hard work. It would mean ongoing feedback and action, rather than annual survey and reflection. It would mean a leap of faith: that the extra effort would not cause targets to be missed, and it would need some technology to help check for satisfaction and respond rapidly.

Guy couldn’t change how the company as a whole operated, but could do it in the department for which he was responsible.

Besides, he had tried pretty much everything else he had read in the text books and the customer satisfaction dial had not even flickered.

What was there to lose?

The results were rapid and revolutionary.

Year on year he averaged a 10% increase in customer satisfaction scores. Customer retention improved as a direct consequence. Which also helped ensure he never missed his annual profit target. Three years later, he realised that this wasn’t a fluke, so started CustomerSure to help other businesses get the same results.

There are two key takeaways here:

So if you’re struggling to see how to start, just pick the smallest subset of feedback you think you can respond to, take a deep breath, and start responding to it. Your customers will be delighted that you did.

“Conversation” icon by Freepik from www.flaticon.com is licensed by CC 3.0 BY 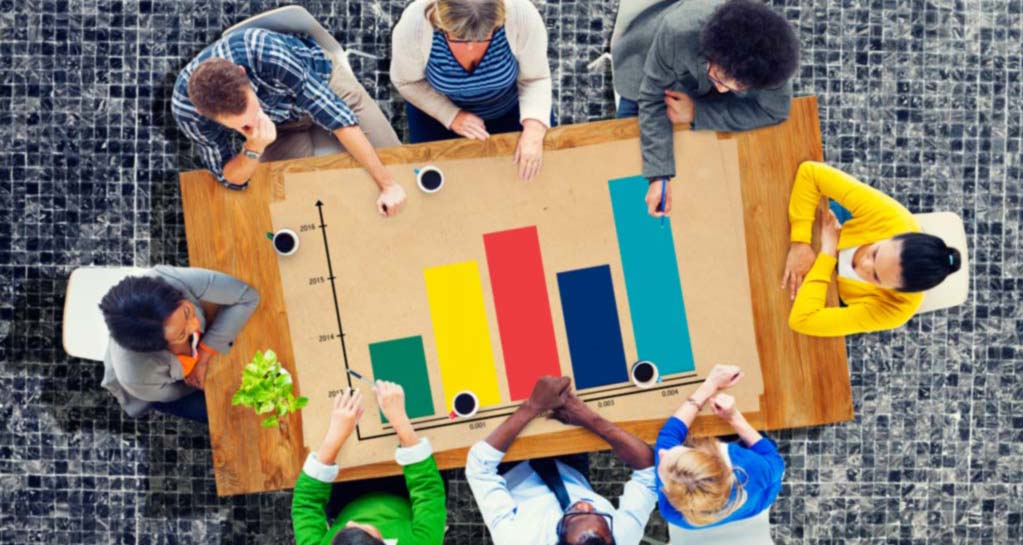 Of all the bad ideas in customer experience; benchmarking satisfaction is the worst. Learn why, and what you can do instead in this short, actionable guide! 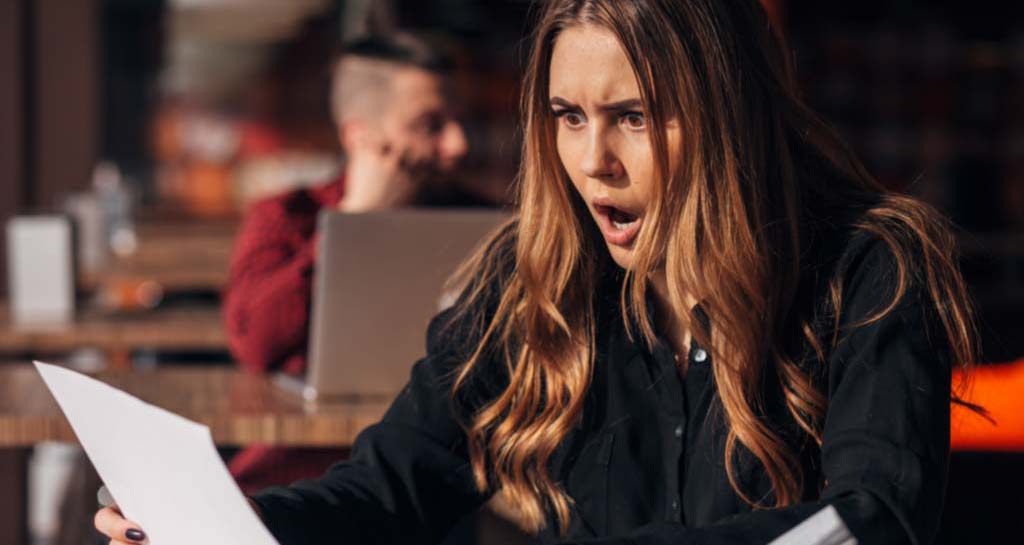 To find out more about how CustomerSure could help you, get in touch today.

Expert articles and tips in our helpful, monthly newsletter