We store cookies on your computer so we can recognise you when you return. By continuing to use this site, we assume you accept these cookies.

What’s the best rating scale to use on a customer service survey?

Some things are known for the strongly divided opinions they generate – Marmite, men in pink shirts James Cameron’s ‘Titanic’ and Kanye West, for example.

One thing that most people wouldn’t put on that list? Rating scales on customer surveys. But it turns out that People have some pretty strong feelings about this

It doesn’t matter (much) what scale you use. (We’ll come back to that ‘much’ in just a moment…)

Hear us out. We’re not saying that “it never matters, ever, on any survey, what scale you use”. Because sometimes it’s vitally important. Just that it doesn’t matter for customer satisfaction forms.

Why? It all comes down to the golden rule: see things from the customer’s point of view.

The scale you pick does not increase customer satisfaction, so give yourself permission to not get hung up on it. Instead, spend your time on things that will move the needle, like asking at the right time, in the right way, and listening to what people say.

It’s tempting to think that one scale might give you better results, but there’s three reasons why satisfaction surveys don’t work like that:

In market research, the scale does matter. In order for the conclusions drawn from research to be safe, the questions have to be structured carefully to avoid biasing the responses. 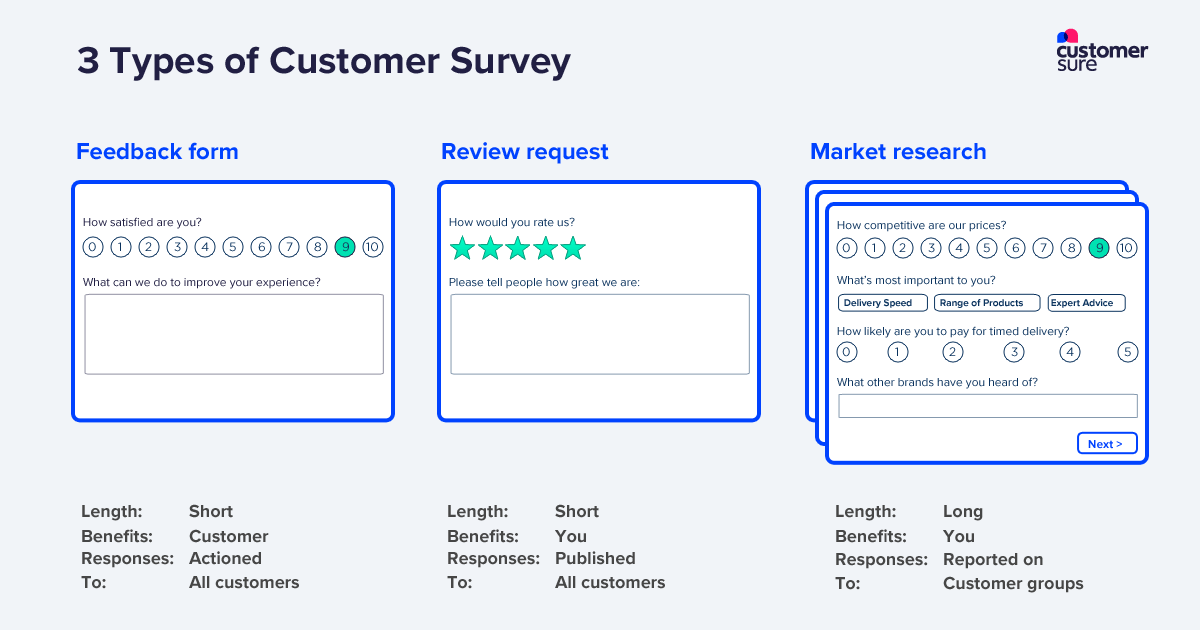 But if, right now, one of your customers is angry at you, then no amount of marketing or statistics is going to make them recommend you, or re-order from you.

It doesn’t matter if they’re “Dissatisfied”, “Big sad face”, two-out-of-five stars, or a 3/10 on the NPS scale. If you want them to keep being your customer, (and if you want to grow your business through their referrals) you need to fix the problem.

Market research has its place in your business, but this isn’t it.

When you’re acting on the results of a market research project, you need confidence that your sample size was correct and the questions weren’t biased, so you’re confident in the decisions you make from the research. The scale for your questions can matter there.

When you’re collecting customer feedback, you need to know if the customer’s happy, and if they’re not, you need to make them happy. Don’t worry about the scale.

2. The customer doesn’t care what scale you use.

What does your customer want in a satisfaction scale?

They want one they can answer quickly and get on with their lives.

So we admit it – the choice of scale does matter a bit. Don’t confuse your customers with something like:

Q: Would you recommend us to a friend?

But as long as you pick something that actually makes sense and they can answer without having to think too hard, you’re good.

If an individual has given you 2/10, or ‘0 stars’, they’re telling you that you need to fix a problem. But the score is just shorthand for their actual feedback – and it’s the feedback itself you care about.

Think about it – if a customer’s left you highly critical feedback, but scored you a 7/10 (it happens!), are you just going to ignore their feedback because the score’s OK? Hopefully not.

So, scores for individual customers don’t matter that much.

But as soon as you start doing reporting and analysis on the scores, it matters even less.

It changes nothing whether you tell people you have an NPS of +40, that 70% of your customers are satisfied, or that you have a 5-star rating, it’s what you’re doing about those scores that counts.

If you’re just looking at the numbers, rather than constantly working to improve the numbers, you’ll find it hard to move forward. So… just pick any scale and stick to it.

And if you’re picking a scale specifically becuase your competitors use it? Well, benchmarking’s a bad idea too.

Stop to think about why you’re collecting feedback.

Hopefully, it’s one of these reasons, or something similar, because they all have concrete business benefits:

In any of those cases, how would changing the scale help you achieve that benefit?

You just need a scale, any scale with a “good end” and a “bad end”. And if a customer tells you that they’re at the “bad end” you need to take action.

OK, but seriously now, which scale should I use?

At CustomerSure, we like to keep things simple, so we recommend just going with a 0-10 scale.

But really, anything that’s commonly used, and easy to understand is fine.

And which scale should I absolutely never use? 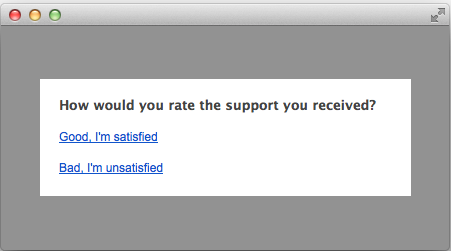 The old ‘either yes or no’ scale. Either “Satisfied/Unsatisfied”, or “Smiley face/sad face”. There’s two problems with doing this:

First, it forces you to an extreme, even if your feelings are not extreme. That’s annoying. The best case scenario is that customers filling this in will accept one of the two answers given, and resent you a bit for making them choose. The worse case scenario is that people abandon your form and you miss out on valuable feedback.

Absolutely. Once you’ve picked a scale, stick to it. Don’t tax your customers’ brains by making them figure out different scales for different questions. People’s patience when they’re filling in forms is close to that of a two-year-old full of fizzy drinks.

And finally, remember that not every question on a feedback form should have a scale. Always provide at least one question which allows open comments. We’ve got a whole guide on feedback form design, but if you’re in a hurry, the key takeway is that without providing a text question, you’ve got no way of knowing why the customer gave you their scores, and so no way of fixing any problems you find. 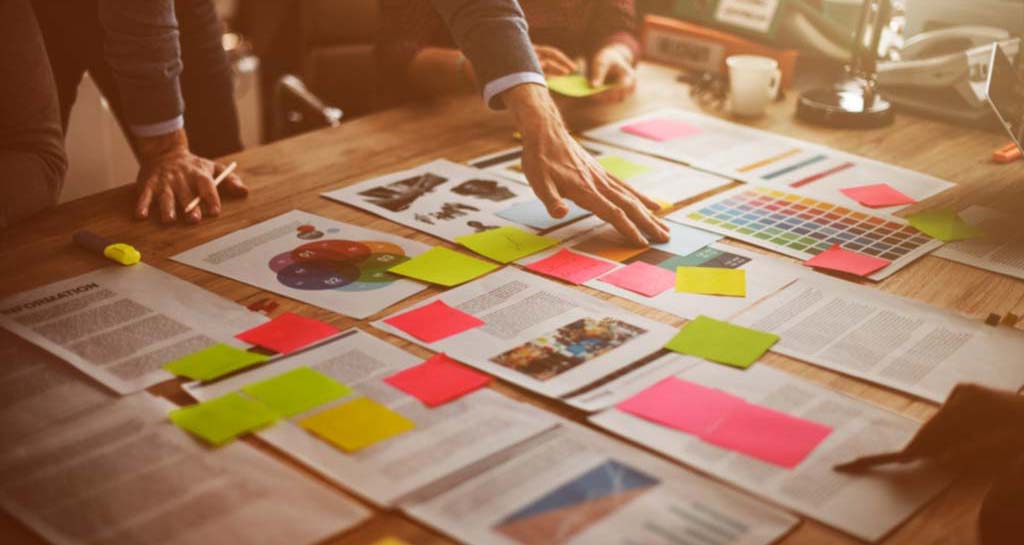 What Questions Should I Ask?

There’s no such thing as the ‘perfect customer service survey questions’. But we can walk you through how to discover the best ones for your business… 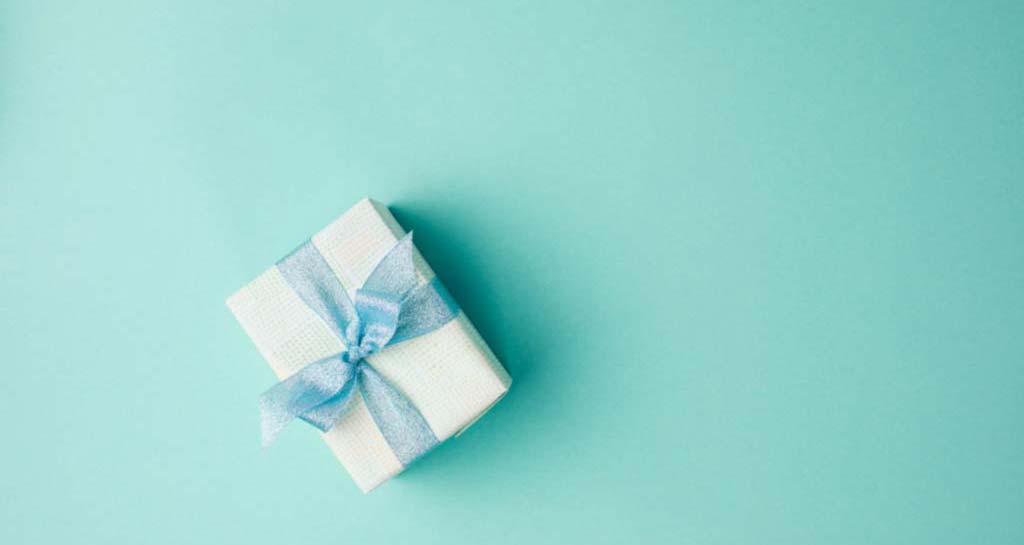 Should I Offer Incentives?

This is almost always a bad idea. Learn the businesses it does work for, and what you can do instead if you aren’t one of them.

To find out more about how CustomerSure could help you, get in touch today.

Expert articles and tips in our helpful, monthly newsletter